Many Options Out There For Desktop Redecoration

Our Wallpapers section has been updated to include all the great desktop images submitted to us in the last half year. You may have missed some of these new additions if you didn't visit the CIC every day. Most notable are the Stingray render by Sean Murphy and the new section for Pioneer wallpapers. Keep checking back for more fantastic wallpapers from Mr. Murphy and many other talented artists in our community. 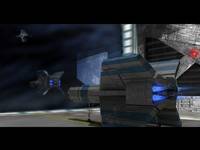 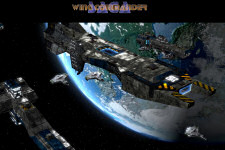 Vance caught a neat little Wing Commander mention over at IGN. The article in question is an interview with the top developers at of Metroid Prime 3 for the Nintendo Wii. They discuss different abilities and features of the game, and at one point the interviewer asks about flying main character's ship.

IGN Wii: The E3 demo of Prime 3 features a pretty spectacular Ridley fight in which Samus and the boss fall down a corridor in a scene right out of a Star Fox game. Will there be other gameplay types in the title? For instance, can Samus fly her gunship?

Mark Pacini: You actually won't be able to fly the ship itself. You'll be able to use the ship to transport to other planets. But we're also using the ship as a tool - kind of like your Power Beam - so that with a visor you can call y our ship in and do certain things in a level, like blow stuff up, or lift huge obstacles, or use it as a platform. It's a natural extension of Samus' abilities.

Bryan Walker: We felt it was important to integrate the ship without making it feel like a watered-down Wing Commander. So the ship is there in a context that's faithful to the Prime experience.

Such comments aren't just made in a vacuum however. Digging a little deeper, you'll find that the Metroid Prime games are developed by Retro Studios, and Retro is based in Austin, Texas. It turns out that Bryan Walker was hired at Origin in 1998. He worked on a variety of games and was Senior Producer for Ultima Online (Live) at one point. It's always great to hear the Wing Commander series pop up in modern dialogue, and I think it's pretty neat to delve into the history behind those mentions too.