DefianceIndustries has managed to insert another animated-style Wing Commander ship to the original WC1 engine. This time it's the Hornet, and the process turned out to be a little bit trickier than the Tiger's Claw import. The results are very cool though!

On the subject of a larger conversion pack, Defiance has some thoughts on how to integrate the different fleets. Some of the ships, like the Tiger's Claw, Scimitar or Fralthi are directly depicted in the cartoon show. But there's no Rapier or Salthi - would a WCA Sabre or Sartha be a good replacement? Check out the proposed swaps and share what you think would be a good fit!

So I continue my playing around and started working on fighters. Fighters are different beasts a bit from the WC1 capships as they have to be scaled appropriately (if you render the sprite too large, they appear giant in the game). My experiments yielded the best results at a 120x120 px render, then cropping the images down to less than 100 px on the long side. Unfortunately this causes the loss of some fine detail, but the result is pretty good. You also have to manually reposition the thruster exhaust sprites. The toolbox does a good job exporting everything into XML, but you have to open each image and establish the position by counting pixels. (It's exciting work believe me). 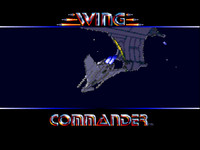 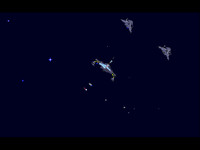 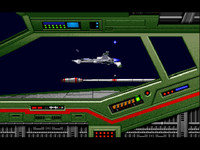 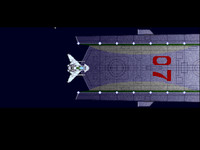 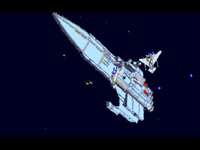 At some point I'll write up a guide on how to do this. It's a time consuming process as there isn't a lot of automation currently, so there's a lot of cropping, saving, and using the repal function in the toolbox that has to be done manually. I think it takes about 3-4 hours to do a single sprite currently.