Here are some new shots of the nightmare-inducing H'varkann class Kilrathi dreadnought to be featured in WC Saga. The extremely large warship is a sight to behold, and this one is in great shape. Check out more at the Saga website. 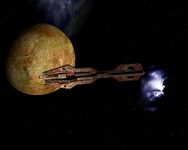 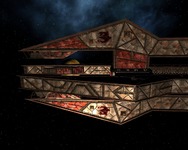 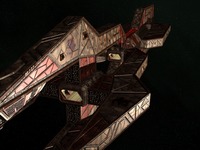 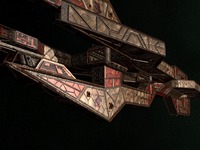 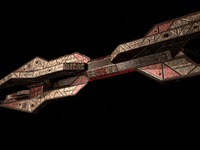 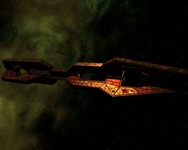 The massive and intimidating H’varkann-class dreadnought is the largest and deadliest warship in the Kilrathi fleet. Its array of heavy beam cannons and missile batteries can lay waste to entire enemy fleets, and its fighter complement is equal to that of several heavy carriers. In addition, its super heavy shielding and armor makes this battlewagon virtually invulnerable to any attack.

Several of these vessels were seen in various Wing Commander 3 cutscenes. One of them, KIS H’varkann, served as Prince Thrakhath’s flagship. Another ship of the class, the KIS Vorgath, made an appearance in the False Colors novel.