AD took some screenshots of a very cool part of Wing Commander 3 that some Wingnuts might have overlooked. The shots below compare the look of Prince Thrakhath's Hvar'kann class dreadnought in the winning and losing endgames. Lights are off, the walls are burned, large pieces have fallen from the ceiling and there is debris everywhere on the flight deck when Melek surrenders. The same space is clean, dark and imposing in the version where Blair is captured. The setting is oddly mirrored in the two versions, so we've flipped it around for easier comparison. Exterior shots of the ship also show serious damage after the Kilrah shock wave impact. Thanks to Red Baron for grabbing one of those pictures. 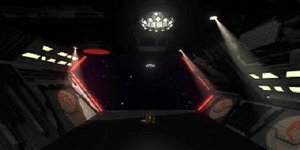 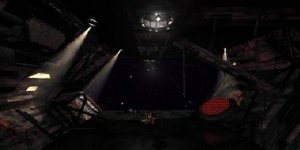 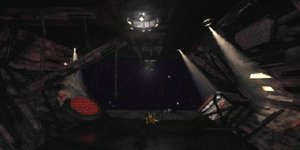 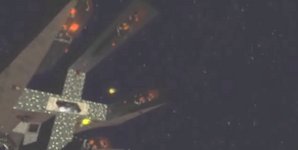 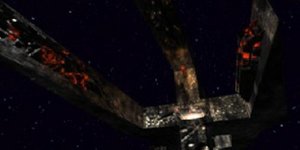