Everybody Booze Up and Garriott!

In celebration of "gaming culture", MTV dispatched a VJ to Austin to survey the city's extensive series of development houses for an online series called Overdrive. Among those interviewed was Origin founder Richard Garriott, who now runs NC Soft. He talks about dropping out of school to design video games and then, I'm not making this up, sings a "rap tune". You can the video online here. The Garriott interview is in the first section -- the second includes a segment shot at the unusually large GameStop where I bought my copy of EA Replay! 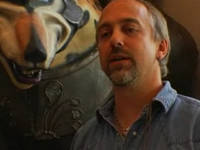 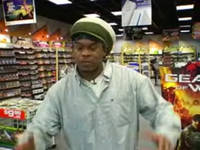