The launch of Piranha's Transverse space sim has been interesting, to say the least! There had been rumors for some months that the developer's next game would be a licensed Wing Commander title, so their countdown was being closely watched by some Wingnuts. When the game was revealed as a brand new property, it appeared that the speculation had been unfounded. However, PGI's creative director Bryan Ekman had this to say:

We do indeed currently hold the license of Wing Commander. We first contacted EA about the WC brand in the spring of 2012, long before the initial announcement of products like Star Citizen. We approached EA because we had a deep love for the space combat genre and Wing Commander was right there alongside MechWarrior as our most beloved franchises we grew up with. In short at the time we thought we were going to be the ones taking that big initial risk to try and bring space shooters back.

Over the course of the next 18 months a significant amount changed – Star Citizen was announced, and by Late 2013 we found ourselves in possession of an exclusive license to Wing Commander and assembling a small team to craft a new experience. We spent six months developing, designing, and working on a marketing video with help from outsourcing partners. As we approached our reveal date, there was a moment of pause when we started to reflect on the brand, and design concepts. We reached a pivotal moment when some of our best design ideas were being pushed to the side as they just didn’t fit within the constraints of a WC game.

We looked carefully at what our WCO product was, looked at other competing products, and decided that we needed to move away from the Wing Commander universe. It was a tough choice, as we have a deep love and respect for the brand.

It became clear that our very best and original game idea was contained within all of the concepts that were pushed aside for our WC product. The concept for Transverse was born from a single thought, and inspired by all those unused ideas. In the end we realized we should be making our best idea and in doing so we found a corner of the spacesim genre that would make us stand out. In doing so we would also be providing Star Citizen with the respect it deserves and what it represents to their customers. 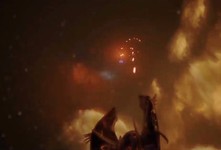 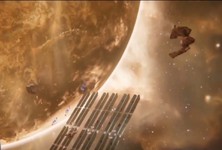 A few pieces to the puzzle are still missing. On the face of it, it would appear both admirable and shocking that the company has such faith in their concept that they would be willing to forego Wing Commander branding that had already been negotiated. It's a somewhat ironic situation coming just weeks after the exact opposite happened (a Hollywood proposal based around Wing Commander that lacked any rights to the name).

It's also not clear exactly how this 'Wing Commander license' might apply - the spectrum ranges from some sort of ownership of the brand to time-limited ability to create free to play MMOs on the PC. We can just confirm at this time that they've had some dealings with EA. For comparison, Destination Software licensed the ability to create Wing Commander games solely for the Game Boy Advance in the early 2000s, which actually resulted in an impressive Prophecy adaptation. It's also clear that EA still has a connection to the series, as they are currently giving away WC3 On The House. Additionally, Chris Roberts regains the film distribution rights to Wing Commander soon.

There's been quite a backlash towards Transverse from backers of MechWarrior Online. While the CIC would keep an open mind and judge any new Wing Commander game on its own merits, it at least is nice to have avoided some of the acrimony that's currently raging. Perhaps if PGI could redeem itself in front of its fans by faithfully executing on Transverse, a future Wing Commander game they make would get a much better reception from all quarters.

No matter where the next Wing Commander product comes from, we'll be here to report the news!