Origin founder Richard Garriott has reached another personal goal. This past week he completed a successful dive to the Challenger Deep at the bottom of the Mariana Trench, the lowest known point in the ocean. This makes him the first person to reach both the North and South Poles as well as travel to outer space! Fewer people have been to the bottom of the ocean than set foot on the moon, so this is no small feat! Deep sea veteran Victor Vescovo served as guide and pilot. The oceanic trip coincided with World Book Day, so Mr. Garriott recorded several reading videos during the adventure. He was also recently elected president of the Explorers Club and has no plans for slowing down. He ultimately hopes to reach Mars! 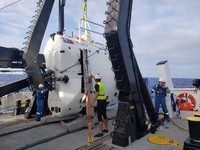 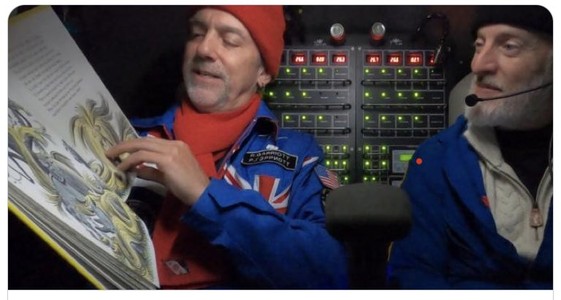 From the Daily Mail:

From the expedition ship Pressure Drop Mr Garriott said: 'I've been to the bottom of the Earth – you can't go deeper than that. It was a descent into darkness in the truest sense.

'Even though it's a four-hour journey to the bottom, you are going down fast. At the bottom I saw his monstrously long cable [left by a previous expedition] littering the seafloor. That was very sad.

'There was a variety of small lifeforms, small sea cucumber-related creatures and translucent creatures like flatworms.'