gr1mre4per has created another useful tool for all of the folks working on Secret Ops mods and enhancements these days. As the ships become more detailed, it can actually become harder to find suitable flat surfaces to place weapons turrets. grim has streamlined that process with app designed to streamline this whole process. Instructions are included and you can ask for help here. Check it out here (1 MB zip) and let him know what you think!

Been a bit quiet in here for a while, time to liven it up again :)

Here is my WCP Hardpoint Editor I hinted at earlier, its for anyone to have a go. Hope I got all the bugs worked out... Let me know via pm if the Nephilim have infiltrated!

Known anomalies (not bugs):
* If you set one of the rotation values to 180, it may sometimes appear as -180 and vice versa.
* Settings rotation values greater than 180 or less than -180 will work, but will normalise within that range
* Gimbal Lock: Setting Pitch 180 will come back as Yaw 180 and Roll 180 instead, which is the same thing. This is just one possible example.

*** Once downloaded, you may need to Unblock the ZIP file before extracting or unblock the EXE once it is extracted. Just another Microsoft annoyance :) 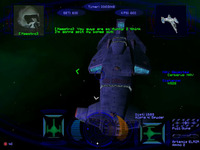