DefianceIndustries has kicked off a fantastic project to swap out the ships in Secret Ops. While there are some great fan patches out there that upgrade the engine resolution, graphical effects and even add DVD quality video, the ship models remain limited by their 1997-1998 vintage constraints. Defiance has recently been able to figure out how to trick the game engine into accepting higher poly count fighters by treating them as subdividable units. The difference is stunning! There are still some lingering hurdles, but other talented Vision Engine modders have been lending a hand to help make this a reality. Anything is possible when these Wingnuts team up! Check out some original and upgraded model samples below. 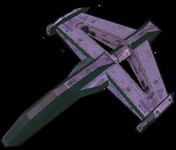 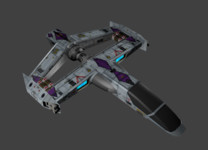 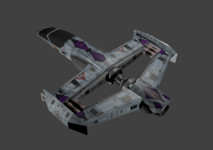 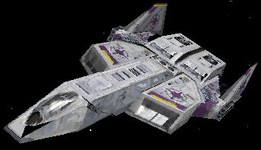 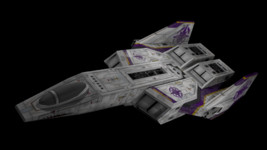 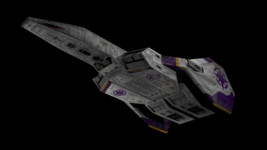 I decided that while sitting idle and making snarky comments on forums is appealing, I decided to try making higher-poly models for Secret ops! I was playing through it the other night and thought to myself "the game is still fun and has good replay value, why not try and give it a facelift?" Thus my current bit of madness is born.

There are a number of challenges in doing this, largely that there seems to be an arbitrary limit of around 1,200 triangles (not faces) per model or the engine crashes. The idea to work around it is to treat the fighter like a hybrid corvette/fighter model and slice it up into 1,200 tri chunks and then reassemble it in the pascal code in the .iff files using hard points. The advantage is that I can use a single 1024x1024 texture for it (I tried higher resolutions but it crashed the engine) rather than a bunch of 256x256 textures so you can pack more detail in. (The openGL patch doesn't currently support normal or emit maps so those are excluded for now).

Amazingly it actually seems to work - at least from a geometry perspective. There are probably a number of hidden gotchas that will need to worked out like some hidden upper limit of polys per mission or screwed up briefing models (I know this one's coming). Kudos for the work thus far aren't solely mine: Quarto and Pedro have been great resources along with Kevin's excellent Blender Commander scripts. As well as everyone who worked on UE and SO (as I've been trolling their tutorials extensively).

At any rate I'll keep tinkering with it. If it gets legs I'd like to do a model replacement pack for WCSO. Because let's face it, wouldn't you rather fly a mission with this [low poly model shown above] rather than this? [high quality model shown above] :D