There's another incredible milestone on the books over at Roberts Space Industries. The Cloud Imperium team has now collected more than $40 million from fans pledging towards Star Citizen. Over 200 people are now employed across several global studios to build the game. They've ended a run of star system unlocking and are now moving on to more exotic reward tiers. At $42 million, the built-in "Galactapedia" will see enhancements in style, scope and user interface. There will also be a new ship - the Gladius, and last, but not least, a virtual towel! If you're a backer over at RSI, you can join the WCCIC organization here.

Gladius – The Squadron 42 team will develop an additional fighter for the game, the Aegis Dynamics Gladius-class light fighter. The Gladius will be the first fighter built entirely from concept to CryEngine in the UK! Here’s the official description: The Aegis Gladius is the UEE’s reigning light short-range patrol fighter. A single-seat ship with no room for expansion, the Gladius is fast, maneuverable and capable of punching far above its weight. The main advantage to the design is simplicity: cheap to produce, easy to repair and outfit and quick to train new pilots on. The Gladius is an aging design nearing the end of its life-cycle, although iterative updates have kept it the most nimble fighter in the active fleet.

Towel – And of course, everyone who backs before we hit $42 million will also receive a towel for their hangar. Don’t explore the galaxy without it!

Remember that our stretch goals are examples, ways of showing you how we are improving the game with the additional funding and ways to thank you for your early support. The full impact of each additional dollar is actually felt across the board: the project currently employs over 200 people. As a result, every dollar allows us to support this large team and helps improve Star Citizen in both scope and scale. 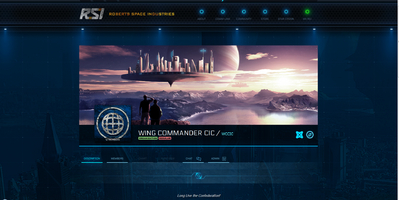