Walls Go Up Onboard The Concordia

Howard Day has a new update for the Concordia Hangar, and this should help the app run more smoothly on a wider variety of machines. The program is already relatively lightweight as it runs on a web browser, but it has been optimized behind the scenes for even smoother function. From a visual perspective, walls have been added to the sides of the bay. Although you might think this confines an already cramped flight deck, it actually has something of the opposite effect as it serves to make the space feel more cavernous. Ship effects have also been improved, and the Crossbow just got more detail. Check it out and walk around the ship for yourself here!

Weird! Well, try the new version. I've trimmed out a bunch of stuff from the PostProcess Queue, and overall made improvements and optimizations.

I've added walls, a more complete Crossbow (with landing gear, just needs internals and a paintjob!) and a more interesting camera. The camera no longer collides with the environment, so you can look inside everything. I also added a mouse-wheel-driven zoom control, so you can get up close or get waaay back.

Also changed are how the shaders on the ships handle specularity, they're much more interesting and shiny now. The walls don't have color or variations yet, so they're very boring (and not quite Game-Accurate yet) so that's something else I'll be working on.

Hopefully more to come, and I hope you enjoy!

Congrats to NASA and team on the successful launch of the MAVEN spacecraft today! Its mission is to travel to Mars and intensely study the planet's atmosphere to understand how it's changed over time. The results should help provide answers regarding past and future habitability. Travel time is ten months. 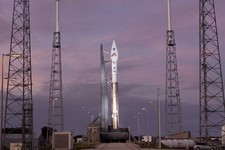 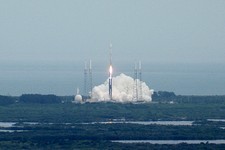 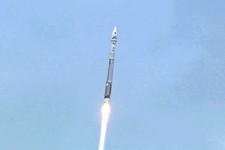 Although recent advancements haven't always played out large in the headlines, there have been a steady stream of cool achievements lately. Mars Curiosity celebrated its first anniversary on the red planet a couple months back, and India launched its first mission to Mars this month. There are also now two companies successfully delivering supplies to the International Space Station, and commercial crew transports are expected to be in service in the next several years.