The Space Shuttle Atlantis touched down this morning after completing her final mission and the final mission of the shuttle program. STS-135 completed one last resupply run to the International Space Station before touching down at the Kennedy Space Center, where it will be permanently displayed after decontamination. A few beautiful photos from the last few days are posted below, and NASA has set up a photo tribute gallery here. 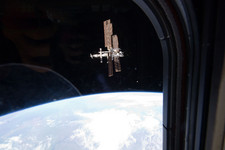 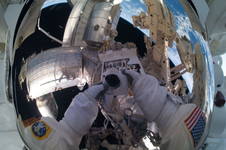 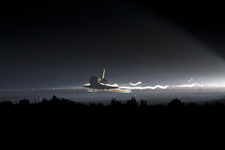 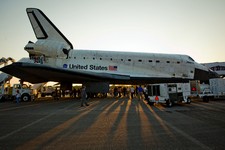 Space shuttle Atlantis touched down on the Shuttle Landing Facility's Runway 15 at 5:57 a.m. EDT on July 21. After 200 orbits around Earth and a journey of 5,284,862 miles, the landing at NASA's Kennedy Space Center in Florida brought to a close 30 years of space shuttle flights.

"Although we got to take the ride," said Commander Chris Ferguson on behalf of his crew, "we sure hope that everybody who has ever worked on, or touched, or looked at, or envied or admired a space shuttle was able to take just a little part of the journey with us."