Lego Crew Heads to the Hangar

Mr. Lee has more awesome Lego art to show off. The first image is an example of the comic adventure that Marcus plans to make. That's clever use of a Lego prop there. The second shot shows a very well done medal ceremony scene. Even the floor paneling and spotlights are right on! 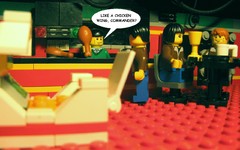 Select a Setting for the Next Wing Commander

The new poll asks what timeframe you would like for the next Wing Commander game. There's quite a range to choose from! Options begin with the early war events prior to Wing Commander 1 and end with the Kindred turmoil in Privateer 2. A big swath of time has been carved aside for the Nephilim War after Secret Ops, and Arena kicks off the largely unknown events of the 28th Century. Which would you like? 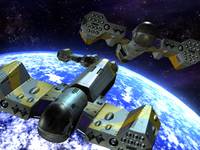 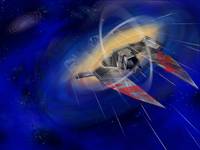 The previous poll asked about people's thoughts on the year ahead. It's interesting to see how the percentage evolves from week to week. People who visit every day are clearly optimistic! We're sure they'll be tons to come in the next eleven months to make all Wing Commander fans happy!