Here's another beautiful batch of micro-airbrushed miniature models by Astro Commander. Like the rest, these are full of intricate detail! Just check out the jaws on the Vampire, Kilrathi writing on the Jalthi, spotlights on the Tallahassee and crackling plasma weapon the Midway. They all have a cool engine glow and squadron markings as well. Astro's not stopping here either. There are more painted Nephilim and Kilrathi designs on the way, and soon we'll get a glimpse of some Confed capships from earlier in the series. 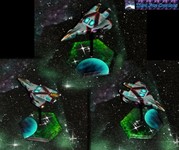 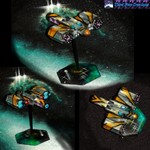 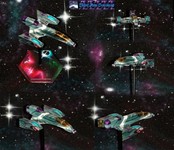 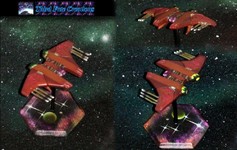 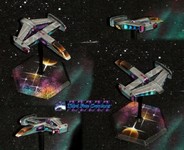 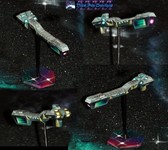 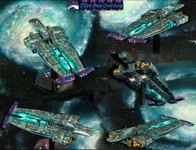 Fighters are fighter scale 30-40mm while the Midway is about 90mm long if I remember correctly.

Look Back at Eleven Years of Forum Milestones

The modern incarnation of the CIC Forums turns eleven years old today! While the Y2K bug left most of the world unharmed, it did a number on our ancient 20th Century message boards, which had to be rebuilt from scratch. We lost thousands of great threads about Secret Ops, Prophecy Gold, False Colors and the Wing Commander Movie, but the good news is that our posters have bounced back with nearly 25,000 new threads and more than 360,000 posts since.

Here's a brief history of major milestones over the last decade:

And you can still find references to the Wing Commander Chat Zone throughout Crius.net, which was a name borrowed from Origin's original web board in the 1990s. Head on over now and ask, comment and reply away!