Forums member Demonique has come up with his own box cover for the Prophecy DVD edition, which was never commercially released. He tried to stay close to the original and used the NASA website and the CIC as a resource for high quality space backgrounds and screenshots. Demonique is also working on a jewel case cover for the Wing Commander IV DVD. Hit the discuss link to find out more. 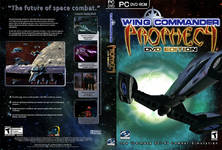 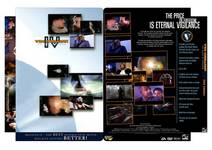 Shades and THE_WUQKED have also put together some really awesome covers for everything from Wing 1 to Secret Ops.

The July 2, 1993 issue of Point of Origin is fairly quiet - the biggest news is that good progress has been made on the Ultima 7 Part 2 'add in' (The Silver Seed). There's plenty of Origin culture to be found here, but not much mention of Wing Commander...