Fan Project Takes Scimitars Out For A Spin

After watching Wing Commander Academy, Aaron Thomas was inspired to add the Scimitar to his WC4 Homeworld 2 mod. The fighter will fill an important gap in the Border Worlds fleet, much as it did in the Wing Commander IV novelization. Although some shots show an engine glow behind the acceleration absorbers, this has been removed in the game itself. Don't mind the prices and minor details that you see in the menus either. They are currently placeholder values since build and research tables for the UBW faction are not yet complete. 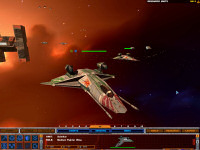 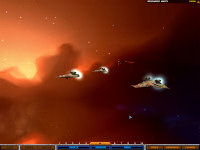 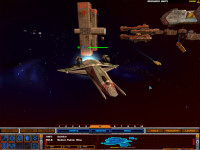 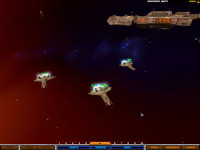 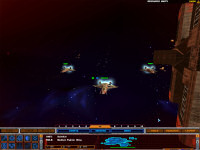 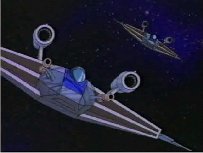 I dunno what got into me today, but I got so pumped watching WC Academy (which I downloaded from CIC with my new net connection) that I went out and did this.

GameDaily has posted an interview with Derek Chester, one of the writers for the upcoming Star Trek: Legacy game. When asked about his influences, he talks about our favorite series:

Games like Tie Fighter, Doom 2, Dune 2 and of course who could ever forget Wing Commander III. I played the entire Wing Commander series from the beginning, eventually with all the speech packs in tow, but WCIII really took my breath away. What a mix of storytelling and gameplay that really just clicked and made you crave to play more.

Crusader: No Remorse and No Regret, great games. Bioforge, Full Throttle, Dark Forces, Command & Conquer, Starfleet Command, Star Trek 25th Anniversary, Might and Magic, Ultima, and finally Warcraft: Orcs and Humans. What a great era for the legacy of gaming.

Oddly enough, Derek Chester is the same person who once tried to take credit for the 'lost' Wing Commander Prophecy script. You can find the actual "original" Prophecy script in our Archive. Nevertheless, Legacy will certainly be one of the multiplayer games the CIC staff will be playing on the XBox 360 this winter! 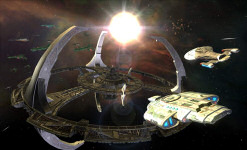