It's Fun To Remember Academy

Early on the morning of October 12, 1996 Wing Commander Academy Episode 4 premiered on the USA Network. The cartoon was made with delicate care to ensure that various elements of the Wing Commander universe were brought together in a cohesive way. Many exciting elements of the series were also highlighted for the first time during Academy's run. This included our first visual shots of the fighting at Repleetah. Some of you are familiar with the nasty trench warfare that occurred on that planet, but do you remember the crazy underground tanks? These machines bored under the snow and through the ground's surface to attack unsuspecting Confed troops. A double-barreled laser turret popped up beneath the drill to attack. They also caused a bit of controversy among Wing Commander fans online who were stunned to see such devices for the first time. 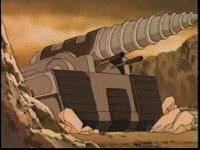 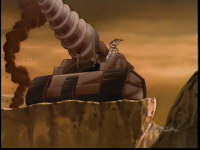 Hector Paz was paralyzed after successfully placing a satchel charge on one such tank. Although the paralysis was recurring, he was able to hide the disability and join the space forces to become a pilot.

A new alien creature was also added to the universe on this day in 1996, googly eyed sea monsters with a taste for humans and Kilrathi. If you encounter one of these in person, keep your laser rifle handy and head for high rocky ground. 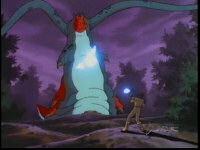 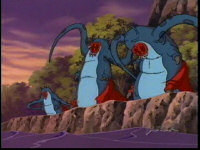 You can download Word of Honor and the other episodes of WCA here.