ZOmegaZ's project to recreate Armada which made a sudden appearance last month seems to have made huge improvements since the original release. A new version 0.6 is now available from Sourceforge, and includes features such as vastly improved graphics, and the sector map now lists system names making navigation a whole lot easier.

Separate fighter screen eliminated: It really was pointless to have a screen just for telling what fighters were in the system, when the carrier screen did that anyway. Now it's just a carrier screen with a few buttons missing.

Sector level facility buttons added: There are now icons on the sector screen identifying what faciltiies are in a system and allowing access to their detail screens.

Most graphics replaced: Thanks to PeteyG doing some collecting for us, nearly all the graphics in the game have now been updated with things that actually look decent! We also now have ship portraits on the shipyard screen. Still looking for replacements for the last few temporary graphics.

Kilrathi-specifics: The Kilrathi now fly and build their own ships.

There is a readme.txt file included in the download package with more details. This definitely looks like a project to keep an eye on. 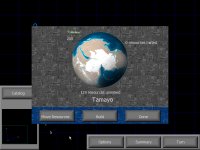 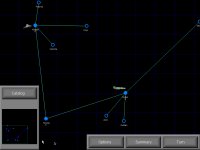