Juan Gutierrez from Destination has let us know that a number of people have had questions about the Ship Killer Acquisition mission in Prophecy Advance. Here's all you have to do.

So far there has been alot of inquiries on how to beat this level. Could you post a hint on your site telling people that after the second "wave" on this level, simply destroy the ship killer (The big weird looking ship) and ignore the other ships to complete the level.

When you play the mission and you arrive with all of the enemy ships around, hold the L button and tap the B button until Mines are your currently selected missile. I'm not sure how close you have to be, but what I did was afterburn straight for the jump point beacon (it'll be a light blue dot on your radar), and when I got close I just dropped mines (B button) like crazy. After I'd dropped a certain amount.. not sure how many.. the game autopiloted me back to the Midway.. mission complete.

As for the Locating The Jammer mission, the easiest method of winning is probably to kill all of the enemies before the timer runs out. I don't believe failure on that mission puts you on the losing path, so don't stress about that one too much.

We were late on the updates today, so AOL and other major media outlets beat us to reporting on Cpl_Hades' twenty-first birthday. He's busy working on big CIC projects for later in the summer, but hopefully he'll get a chance to take a break and celebrate himself. We reported last month that the United Kingdom was issuing a postage stamp to commemorate the event. You can find it here. Happy Birthday! 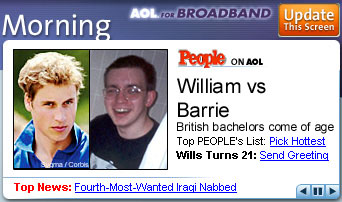