IGN has posted a new review of the awkwardly named Star Trek D-A-C (Deathmatch, Assault, Conquest). It's a top-down shooter for XBox Live Arcade/PC/Playstation 3 Network game that follows in the footsteps of Wing Commander Arena. Like BattleStar Galactica, the game doesn't allow quite as many people in multiplayer (8 in BSG, 12 in STDAC and 16 in Arena), but the addition of a second single player mode helped bump the review scores a bit. Note that this new single player mode is only in the just-released PS3 edition. The game is fairly pretty though, and probably isn't a bad addition to the game library for anyone who loves Arena and wants more in the same style. Thanks to Delance for noticing this one. 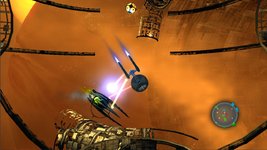 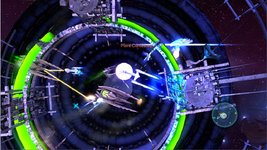 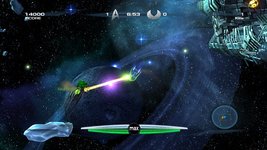