Former Originite Warren Spector's Junction Point Studios has been working on a new dark and "epic" Disney themed adventure game for the Wii. Game Informer has a cover feature on the game in the November 2009 issue. You can check out some of the concept art below or images from this issue here. Of course you'll notice in the first page that they don't fail to mention Warren's Wing Commander past:

"The lives of Mickey Mouse and Oswald the Lucky Rabbit may seem strange subject matter for one of the most lauded game developers in the world. Warrent Spector helped to shape the landscape of electronic gaming throughout the last two decades, from his involvement in franchises like Ultima, Wing Commander, System Shock, and Thief, to the groundbreaking Deus Ex. From those frequently edgy, experimental projects, it seems an odd shift in gears to tackle Mickey, a character identified with saccharine sweetness and innocuous simplicity. At least that's the way spector felt when Disney approached him about creating a new Mickey Mouse game." 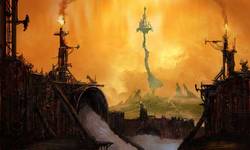 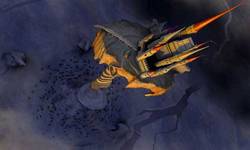 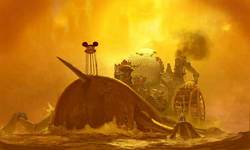