Collateral Damage Gets Some Support

Here's a look at some of the support craft to be featured in Wing Commander Collateral Damage. The blue ship is an enhanced version of the SAR-23 Condor. It sports extra fuel tanks, a pair of Ionic Pulse Cannons and a small turret. The other craft is a marine assault shuttle dubbed the "Charon" that's loosely modeled on the Hercules LC. 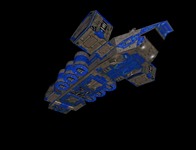 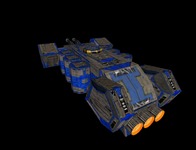 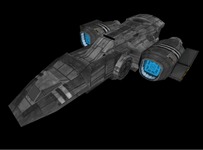 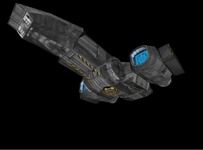