Hicky found a neat article about the latest honor bestowed upon Origin founder Richard 'Lord British' Garriott. Last week he received a commemorative pin awarded to each of the five people born in the United Kingdom to make it into space. The British Interplanetary Society acknowledged the feat by noting its difficulty, since the UK has no manned space program of its own. Ten such pins were made, and the society hopes to give the remaining five out in due time. Check out the BBC for more here.

The first recipients of the pin - Helen Sharman and Richard Garriott - had private funds backing their missions. The other three - Michael Foale, Nicholas Patrick and Piers Sellers - all became US citizens to fly with the American space agency (Nasa).

Mr Garriott and Dr Sharman were given their pins in a ceremony at the BIS headquarters in London. "The government has to understand that the costs of human spaceflight are far outweighed by the benefits - the benefits of inspiration and of exploration," said Nick Spall, a BIS fellow and co-ordinator of the UK Human Spaceflight Campaign. 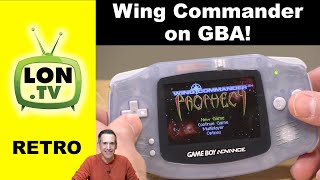