After many months of waiting, Gaia Industries' first Xbox Live Arcade game has been released! Street Trace NYC is now available for 800 MSPoints. For those unfamiliar, Gaia developed Wing Commander Arena for Electronic Arts - and now their own original title is available! Here's hoping it does well... they deserve a hit! I'll certainly buy it as soon as I make it home to my Xbox next week. Here's the official word:

Set in the urban wastelands of New York City, "Street Trace: NYC" (Gaia Industries) is an all-in-one hoverboard racing and arena battle game featuring multiplayer over Xbox LIVE with up to eight players and an up to a four-way split-screen. Players can choose from four arena games, three street games and even "cash" tournaments that allow them to purchase board and weapon upgrades between games. For more details on "Street Trace: NYC," please visit http://www.xbox.com/en-US/games/s/streettracenycxboxlivearcade/ 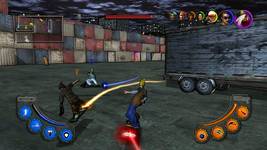 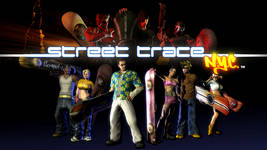 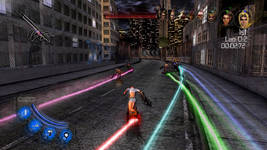