The folks over at XBLArcade have written an article on their thoughts about upcoming Xbox Live Arcade achievements... featuring comments on those in Wing Commander Arena! They say:

A nicely varied and level distribution of points here. Paladin (Shoot down 1000 pilots on Xbox LIVE) will take some time but anyone can do it with enough perseverance. I will probably never get an achievement like Untouchable (Reach wave 10 in Gauntlet without ever taking damage to your hull) just because I like to live hard, fast, and reckless. At least in my video games.

Sounds positive - and they know a lot more about this sort of thing than we do! For my money, Untouchable does sound like the most difficult... though Retro ("Reach wave 20 in Meteor Storm") may be equally tough, depending on how hard individual Meteor Storm waves are. You can see all the Arena achievements here. 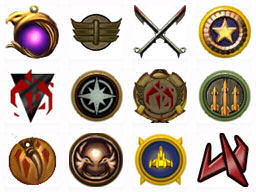