Here's an unexpected find discovered during an evening of digging through Photobucket - someone's scratch built plastic model of a CF-117 Rapier! This is the Rapier fighter seen in the Wing Commander movie, which is separate from the F-44 Rapier II seen in Wing Commander I, II and Arena. Who made this ship, which looks eerily similar to the X-Toys prototype? Their username seems to be Serenity2007 and they've built a similar cool models of several other famous sci-fi ships... including BattleStar Galactica. Whoever you are, wherever you are - awesome job on the Rapier! 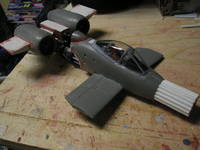 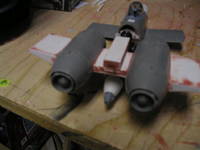