Just when you thought the day couldn't get any better, GameSpot has done it again, premiering even more Arena content! This time it's a hands on article extolling the game's virtues and two high definition movies showing off the gameplay -- you can easily see that the game itself looks far more spectacular than the first set of screenshots suggested. Moreover, if the press release left you wondering exactly how Arena works, then this article is a must read! The verdict professional? "a game that is both respectful to the Wing Commander legacy but also approachable to an entirely new generation of players." Here's a sample of how the game controls work:

Controls in Arena are simple enough to pick up though not without their subtleties. You move your ship with the two analog sticks; the left stick controls your thruster, and the right stick, your steering. Your ship seems basically stuck on a single plane in the game, so you won't be able to approach an enemy from above or below. That said, there are some special maneuvers you can pull off with the right stick when the going gets tough, including barrel rolls, loops, and 180 degree turns, the latter of which is perhaps the most useful. All weapons are fired with the two triggers and the two bumpers on the Xbox 360 controller and while blasters are more or less unlimited (governed only by your ship's energy level), you have a finite amount of rockets. Even so, don't expect to live long in Arena battles--our typical tactic was to face down an opponent and then unload with every weapon we had until we died. You can choose a new type of ship in between spawns if your current ship isn't working out.

Lower resolution versions of the movie are available for free, but the 1280x720 is for paying GameSpot subscribers only. Here's what the game looks like in all its glory: 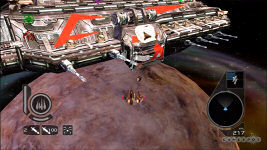 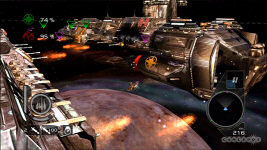 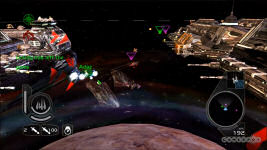 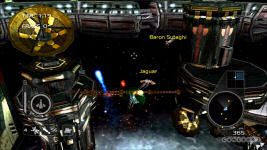 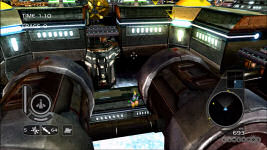 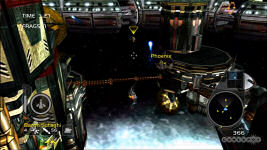