Boo! Electronic Arts has released another set of screenshots from EA Replay... but, once again, they aren't from Wing Commander. These images come from "Haunter Starring Polterguy", a 1993 Sega Genesis game. Haunter is a much more obscure game than the others in the set, perhaps giving hope for those interested in seeing reissues of some of EA's less popular classic titles. Nevertheless, that's one scary... evil tractor? All available screenshots have been collected here. 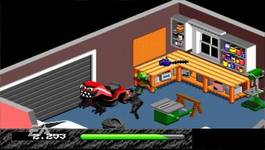 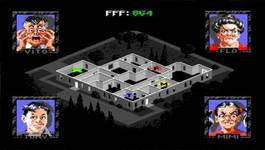