Standoff Bursts At The Seams

The Wing Commander: Standoff fan project website has been updated with a status report. Freespace may still have the largest capital ships, but it sounds like the Standoff guys are trying to work out how to have just plain more of them. I don't think it's any small exaggeration to say that Standoff Episode 4 is one of the most exciting things that will happen in the next year. Here's the word:

With most of the graphics done and most of the cutscene voiceovers still missing, I've only had to fix a few graphical glitches (like on the Arrow's HUD) and work on the occasional new ship. Everyone else's been working hard as usual, though, and you can check the progress page to learn more about that. We already have a few missions underway, and Tango is once again able to help Pierre with the coding, which should help us progress faster specially in the debugging stage later on. We've also done a few tests to see how many capships we could put in the same battle without killing the framerate, and it seems like it might take a bit of creative coding to allow big battles to take place without making the game unplayable. We're still trying to figure out what the critical factor is here, though, so that we can keep the game playable without sacrifing the original plans we had for these battles. Apart from that, a few of the voiceovers have been delivered already, so I've already been able to start working on some of the pre-rendered cutscenes. Unfortunately, I still don't have a whole set of voiceovers for any one scene, so right now what I have is mostly a few monologues that make no sense. :-P 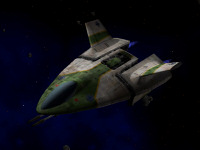 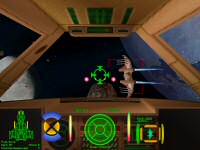