Hats Off to Hats

There wasn't a better way to show off how cool you were in the 90s: Three official Wing Commander hats were made available commercially. The first, a blue baseball cap featuring the original Wing Commander logo, was sold directly through Origin's 1990 catalog (see today's other update) and is quite a collectable today. The other two were made by Zanart as part of their line of Wing Commander III and IV merchandise - they're black caps featuring the WC3 and WC4 logos.

There are at least two promotional caps, too. A hat featuring the Secret Ops logo and URL was given away to promote that game in 1998. Then in 1999, FOX gave away black hats featuring the yellow Wing Commander logo to promote the film.

The various teams who worked on the Wing Commander movie received hats, too - they're blue and feature the Tiger's Claw logo and registry number. The backs of these hats have their specific movie units stitched into them... "Effects Unit", "Aerial Unit" and so forth.

These Tiger's Claw hats inspired our own design -- the TCS Eisen crew hat. You can find out more information about them here. They're certainly not as rare as an official Wing Commander hat... but they're pretty cool none the less (and at $15, they're a lot cheaper than you might expect to pay for a movie crew hat on eBay). 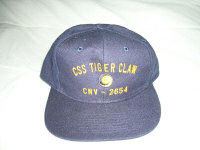 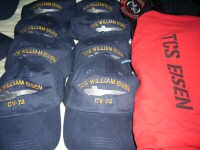 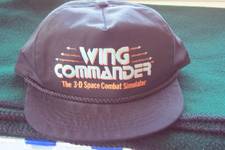