While the Gemini Gold team is mostly in a holding pattern awaiting certain technological updates, they have been working on a couple of long-awaited graphical tweaks. The mission computer has been sharpened up and almost all of the interior bases have been rerendered. We've also posted a shot from the new splash screen that will display after your pilot is killed. Some basic ground work for 'talking head' custscenes has been initiated, and a better damage system for ships has been written. No potential release date for the game's next update has been decided, but you can help pass the time by providing feedback at one of the project's message boards. 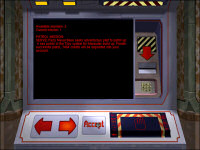 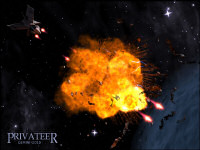