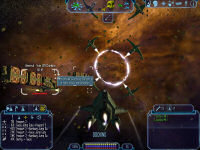 Gamespot has announced that Microsoft will close their Austin Digital Anvil studios in the next month.

The professional news sites will probably eulogize Digital Anvil as the proverbial little engine that couldn't, an attempt by Wing Commander's Chris Roberts' to fight the power and set up a small studio in an era when good development meant big money.

That's a disservice: Digital Anvil was never small. They launched with three announced titles in the works and a fourth under wraps... and at the same time developed some of the highest quality film work in the world, basically in their spare time. Others may complain that Digital Anvil shipped only four games - but well note that all four were truly amazing, fun experiences that harkened back to the glory days of computer gaming.

I had the opportunity to visit both Digital Anvil studios several times. Their original base, at Third and Congress in downtown Austin, was a beautiful homage to all things Wing Commander -- game posters on all the wall, movie props on every flat surface. Digital Anvil was a classy operation. The new offices, also downtown and soon to be empty, were clean and professional... and they reminded me more of Origin's old offices than anywhere else in the world.

What's more, their employees were consummate professionals. Many have moved on since, but men like Adam Foshko, Martin Galway, John Guentzel, Jorg Neumann, Eric Peterson, Chris and Erin Roberts and Phil Wattenberger are the best in the business; friendly to an old Wing Commander fan such as myself and at the same time responsible for world class game development. 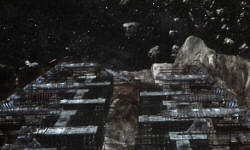 Many know that the studio assisted in the production of the Wing Commander movie; in fact, Digital Anvil was chiefly responsible for the two aspects of the movie that were universally lauded - the beautiful introductory sequence and the amazing 3D effects.

Further, Digital Anvil employees have continued to support our community for many years with no benefit for themselves; much of the fascinating development material currently found in our Archives was provided by Digital Anvil employees. During the release of the movie they were always happy to listen to us. During the development of the Wing Commander movie they would occasionally contact us to ask about tiny little pointless facts -- the mechanics of jump points, the proper names for types of laser rifles and such. I especially remember finding a typo in their Wing Commander Movie website (it was dated '2564' instead of '2654')... I called them up, asked to speak to the webmaster and they had it fixed within minutes. That's true dedication to our strange cause. 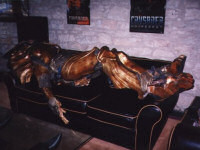 First and foremost, however, Digital Anvil continued the Wing Commander series' legacy and spirit with StarLancer and FreeLancer, a pair of first class space combat games developed in an era when making such games was not necessarily commercially viable.

They not only believed that the genre could be re-ignited when no one else thought it was worth the risk, they convinced the largest corporation in the world to back their attempt. The company should never be forgotten by Wing Commander fans for this alone.

Our hearts go out to everyone who has to relocate and everyone who cannot. Digital Anvil deserves better. It is a cold comfort at this moment, but our community happily recognizes the 'Lancer games as being the equal of any title that legally bore the Wing Commander name.