I Miss The Old Internet

It was only a matter of time before someone made a Wing Commander ytmnd. The next you thing you know, people will be asking us to update about their horrible MySpaces and podcasts. I suppose if you know anyone who thinks these are clever, this could serve as a good introduction to the Wing Commander series. The first one is based on the Wing Command III box art. Its sequel pictures Major Edmunds on the comm in WC2. They're not too bad if you ignore the text. Thanks to Dynamix for destroying our innocence. 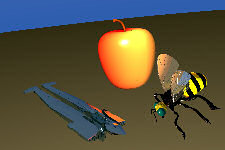 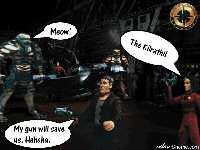