I've noticed that a number of previously sold out locations retailing Prophecy Advance have recently restocked. Last year at E3, the game's publishers told us that Prophecy continued to sell well, but at the time retail stocks seemed to be dwindling. Most notably, Electronics Boutique has gotten additional quantities and is pricing them at only $14.99 in the US. You can put your zip code in here to see if local stores have it in stock. BuyRite comes in second at $17.99. Fry's stores continue to receive new copies, and their online store sells the game for $19.99 to match Amazon/TRU's price. Kaybee continues to be sold out, but some of the smaller sites such as Game Universe, GameZone and Game Asylum still have copies. 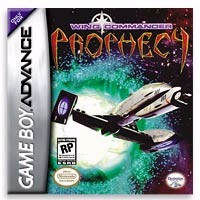 For Tuesday we'll planning a special webcam feature for DragonCon 2004 with some funny new pictures. Have a nice day.