It has been exactly ten years since the third major Wing Commander installment was released by Origin Systems Inc. Yesterday and today in 1994 eager fans received preordered copies of the premiere edition. Retail standard issue copies arrived a couple days later. The launch of Wing Commander was a huge step up for the entertainment industry. WC3 pioneered 3d graphics, live actor video, games on CD and more. It was one of the first games to take advantage of a multimillion dollar budget and went on to sell over a million copies, numbers that were quite substantial even to parent Electronic Arts back in the day.

I remember picking up my copy of Wing Commander Armada in the summer of 1994 and receiving a little card telling me to get my computer ready. Much like Wing Commander 2 with the sound card and Wing Commander Prophecy with the 3d accelerator, Wing Commander 3 encouraged a legion of PC gamers to go out and buy a CD-ROM drive for hundreds of dollars. In little over four years we went from a handful of floppy disks to a stack of CDs. Once computers had their CD-ROM installed, systems with only 8 megabytes of RAM sufferred 5+ minute load times before the missions. Still, we happily waited for one of the most incredible gaming experiences ever.

I've put together a little bit of Wing Commander 3 related memorabilia below. I've been told that this might make a neat wallpaper, so a high res version is available here. 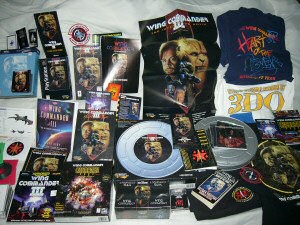 Each and every Wing Commander game was at the forefront of technology and innovative gameplay when they were released. Games today still rarely exceed the polish and production values associated with installments in the series. Wing Commander fans around the world share a special bond. We'd like to wish this gaming classic a Happy Tenth Birthday! 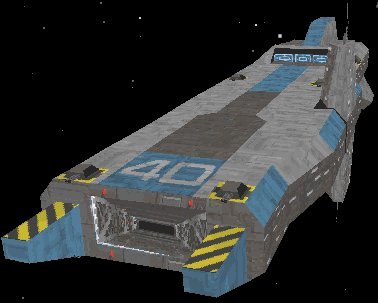