Hey, It's A New Space Sim

It looks like there's another Privateer themed space sim on the horizon. Perhaps this is a sign that this particular subgenre is doing a little bit better since Freelancer. This one's called Project Freedom, and as you'd expect of a space sim in 2004, the graphics look rather impressive. The premise doesn't differ all that much from Freelancer or the recent X2 game from what I can see, and if you like those, this appears to be your game. Similar to Freelancer or the recent Battlestar Galactica console game, Project Freedom focuses on a third person chase camera while you play. The lighting seems nice and the colors are pretty. Here's a couple shots to see for yourself. 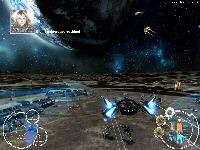 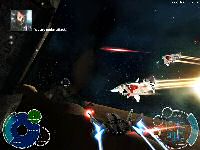 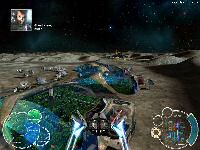 All new colonies, bases and mines have been equipped with sophisticated defense systems and all scientific research has been taken over by the military. But defining national borders in open space is not as easy as it is on good, old Earth... Become a mercenary and take part in this perhaps final conflict for mankind. In exchange for your leadership, one of the sides will give you the only prototype of the new, experimental space fighter Epsilon.

Sounds like it has potential. I think we spotted this one at the newly reopened WingCenter forum.