DefianceIndustries has completed the first large scale base for the Secret Ops Model Upgrade Pack. This is a cool design, and the tiny little flight deck is a nice touch. In addition to making it much more detailed and gorgeous to look at, he's also significantly amped up the destroyability. There's potential to take out individual components for a future project, which is pretty neat. Enjoy the pictures! 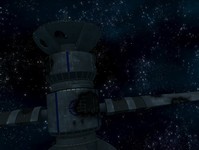 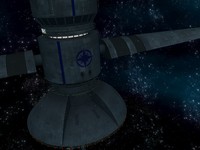 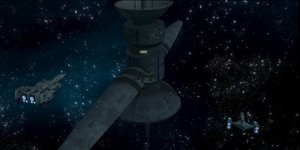 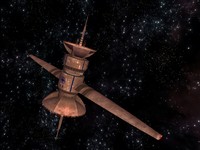 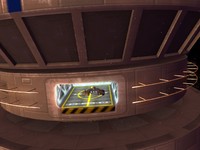 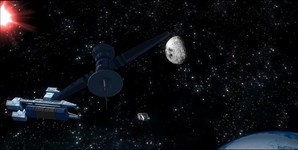 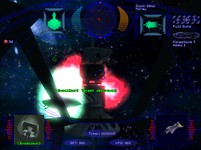 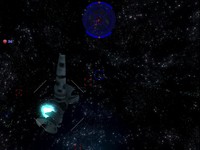 Further updates! Got the first of the major stations imported: the Confed Relay. It plays a larger role than the other stations, especially in WCP where Blair lands on one only to get subsequently captured because Blair and Decker's marines apparently missed the 8-foot tall bug hanging out in the landing bay sipping a Mai Tai - or the obviously alien fighter which launches from the station from one of the two landing bays which are currently full of Tigershark and/or Hercules LC...oh well, it's best not to think too hard on it!

One of the other improvements to this mesh is that it now will actually be destroyed. The original simply replaced the destroyed components with...themselves! So really if you destroyed a relay in vanilla WCP or SO, it would basically just turn gray on the HUD and make exploding sounds (because the only hardpoints were in the mesh). I know, I know - it was never meant to be destroyed. But now it can be used in future projects (were someone so inclined) and it could be destroyed and actually look good.

There are two versions of it actually - I made an original version with a single destroyable mesh so as not to affect game balance, there is another version where the core, hangar, and individual antenna are separately destroyable - however the only way to totally destroy the relay on the second version is to destroy the core and the 4 antennae.

I also tested the docking pathing for WCP, the LC and Tshark land appropriately.