The WCDC brings to attention this, which was posted to X-Wing: Legacy a few days ago... along with three pretty screenshots.

The Wing Commander Total Conversion project is stepping up the pace, with several newly completed ConFed and Kilrathi fighters, including the Hhriss, Grikath, Epee, Darket, Rapier G (was complete; but not scaled or glowed properly), WC4 Banshee, and Gorthrakh (I made this one up). Already done were the Gothri, Jalthi, Dralthi, Salthi, Ralari, Centurion, Ferret, Raptor, Hellcat, Arrow, Longbow, Thunderbolt, Excalibur, Drayman Mk. 2, Talon, and Gladius.

In progress and due for completion soon are the Hornet, Scimitar, Gratha, Krant, Strakha Mk. 2, Rapier A, Jalkehi, and the Concordia (big props to Sheldon for salvaging the DXF).
Do you feel lucky, punk?

The WCTC is brought to you by Nob, dreddnott, Nalkri, Hawkeye, Sheldon 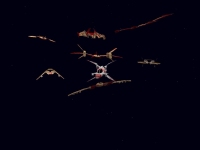 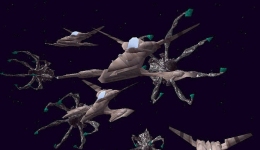 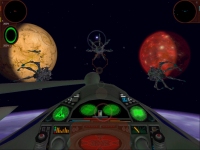