There's even more Rapier news to report in addition to the massive rundown of LOAF's research. AD pointed out that we have a more recent bead on the whereabouts of an existing Rapier fighter. It seems that one of them - potentially the Planet Hollywood craft - apparently made its way to an automotive junkyard at some point in the last two decades. The owners didn't know what it was, so there it sat until The MIXX Radio came across it. It's missing the wings, rotary neutron gun and a few things, but it could be much worse. We're looking forward to seeing where it goes from here! 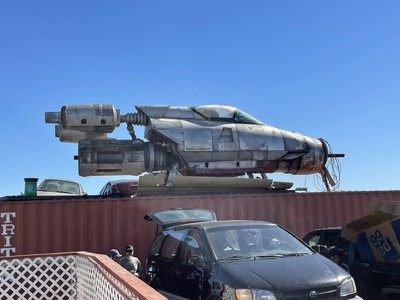 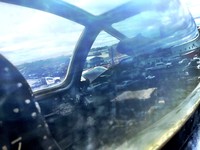 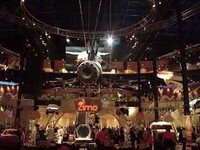 This is a reply to a many year old tweet, but I believe I have the whereabouts of the US Rapier that was in Planet Hollywood. It will soon be in my possession. Here is a pic from today. It’s missing some pieces. I hope to get some of it back to a Rapier state. I’m going to try and copy all your info on the background. I stumbled across it yesterday and the current owner is donating it to me. He didn’t know what it was from.