Electronic Arts and Microsoft have announced that Xbox Game Pass (PC and Ultimate) members finally have access to the EA Play catalog on PC. We reported last year that this would include the five Wing Commander games on the service, however, it appears that they've been removed from the EA Play subscription as part of yesterday's big update. The screenshots below show what the WC pages looked like before and after the removal. It was also announced last year that EA's Origin storefront would be going away, but that transition is still in progress and the Origin-branded store portal still carries the WC games for $4.99 each. In comparison, GOG typically charges $5.99 each, but they bundle WC1&2 together into one. They also frequently have sales that bring each package down to $1.49. While this is a bummer for the (admittedly tiny) handful of WC fans who may have been holding out for the new Xbox arrangement, the Game Pass Ultimate service is still an excellent deal for many people. 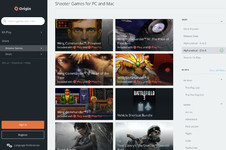 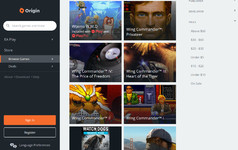 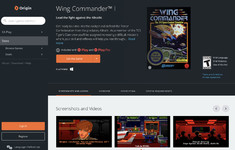 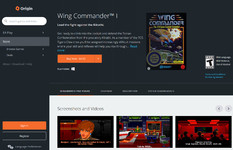 Electronic Arts is excited about the next milestone in our ongoing commitment to give players more choice on how to access the games and in-game benefits they love. Since November, EA Play* has been available to all Xbox Game Pass Ultimate members on console and starting today, Xbox Game Pass PC and Ultimate members can also get more from their favorite EA games. Through the EA Desktop app, our next-generation PC platform that’s currently in open beta, and the Xbox app for Windows 10, members will receive access to EA Play and get exclusive in-game challenges and rewards, a collection of outstanding games in The Play List, 10% savings on purchases of EA digital content, and trial access to full versions of select new releases.