Check Out the Original Secret Missions

Here's a really cool find that LOAF recently came across. From the outside, it might look like a nifty WC1 Special Edition autographed by Chris Roberts, but it's what's inside that's pretty rare! The set was originally purchased directly from Origin in 1990, and the included Secret Missions were special mailed in a WC branded envelope instead of the standard slim black box. Not many of these were produced like this, and even fewer still exist today! 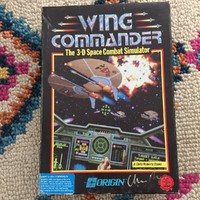 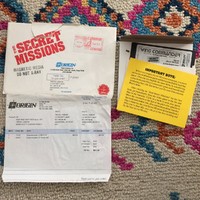 I lucked into one of my grails! It’s a copy of the Special Edition of Wing Commander with the Secret Missions mailer! This version was only available via mail order from Origin in 1990. The mission disk came separately in the mailer in December when it was finished.

They hadn’t originally planned to release Secret Missions at retail at all, it was an extra mailed directly from Origin. But there was so much interest they ended up doing a boxed version... which was a hit that lead to many other addon disks!