Origin veteran Billy Cain produced both Wing Commander Prophecy and the long lost SNES port of Wing Commander II. He's been a good friend to our team and to the Wing Commander community for many years. Now he's selling some of the extremely rare Origin material he gathered while working for the company including team shirts and part of a screen used Wing Commander Prophecy costume! Team shirts are one of the rarest and most sought-after types of Origin ephemera. Internal development teams typically produced their own team 'shirt' that was distributed in honor of their hard work. Artists would design their own shirts and they often feature extremely cool designs not seen anywhere else. Development teams in the 1990s were extremely small and so runs of shirts were limited. Other internal shirts were also produced to celebrate major events and general camaraderie. Very few continue to survive today! If you're a hardcore Origin collector, this is both a rare opportunity and a way to give back to someone who has always given to our community. Wing Commander listings currently include:

TCS Midway: this one should be familiar to anyone! These TCS Midway tees were part of the on screen costumes in Wing Commander Prophecy. The label indicates this one belonged to Spyder, the Black Widows pilot who speaks to Casey after Hawk is killed (and who appears in the background throughout most of the game.) 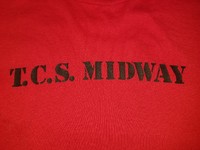 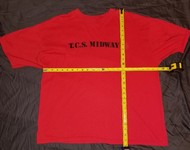 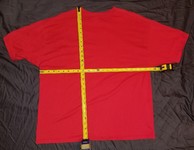 Come Play With Us: This is a promotional shirt intended to be distributed at promotional events like E3 or Comdex. The image, which was designed by artist Micael Priest, shows characters from all of Origin's active projects at the time. Wing Commander is referenced by Ralgha "Hobbes" nar Hhallas and the group includes at least two games that were never released (Silverheart and Prowler.) 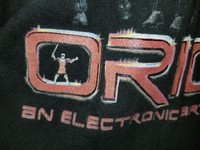 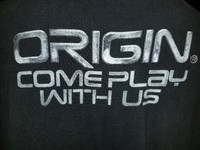 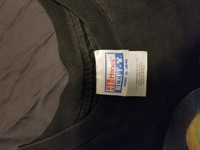 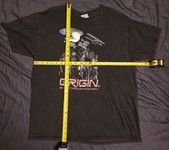 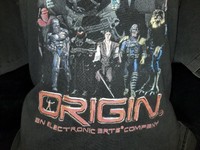 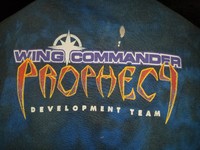 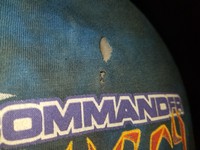 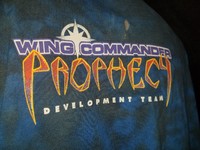 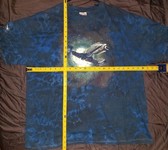 Other Origin-related highlights include an extremely cool Strike Commander team shirt (see if you can find the hidden message!), an Ultima VIII: Pagan team shirt, a Wings of Glory team shirt and a shirt given to volunteers at Richard Garriott's 1992 Britannia Manor haunted house. You can find all of Billy's auctions listed here.