Discover The Darkening Under Development

Here's a neat Privateer 2 preview that Pix recently found. It's from the September 1995 edition of PC Home. This was just before the game officially became a Privateer title, but the article draws the connection that The Darkening's existence owes itself to Wing Commander 3 & 4's live video success. There's also an interesting Q&A with Clive Owen - plus some cool set pictures. Check out Owen & Jürgen Prochnow leaning against a tongue! 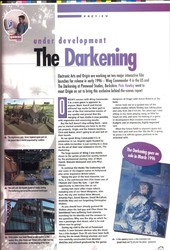 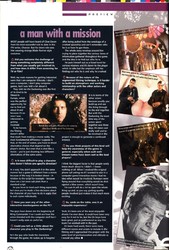