Stealth Carrier Sneaks Into The News

DefianceIndustries has put together a very sleek stealth carrier that belongs to the Black Lance. He's dubbed it the Typhon, and it's strongly inspired by the Evansville class transport depicted in Wing Commander 4. The ship has been modeled in really exotic detail with nifty hexagonal hull patterns and interior items on the flight deck. Take a good look now - when it gets included in one of the fan projects that Defiance supports, you won't see it coming! 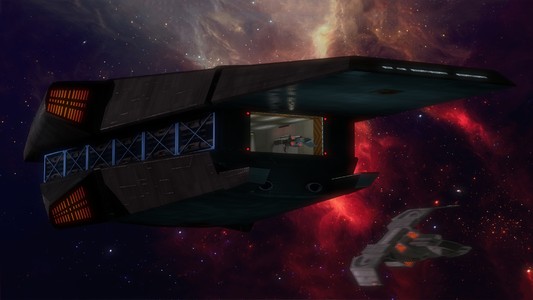 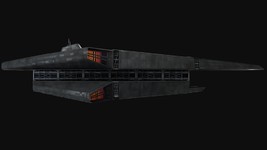 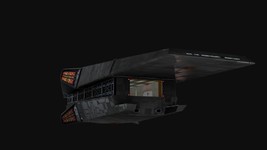 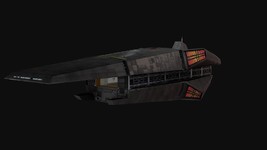 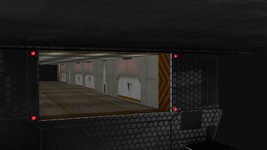 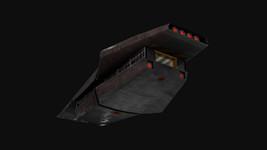 I'm pleased to announce that the prototype of the next-generation carrier is in the final stages of fitting out near Axius and is on-schedule to be delivered as promised. I hope that you will be able to attend the launch, however with events in the Borderworlds proceeding as planned, the crew would certainly understand if your schedule wouldn't allow for an in-person send off. I can personally attest to each one's willingness to serve the greater good.