Welcome to the third part of our practical Wing Commander ranks guide! The ranks in Wing Commander IV are most familiar to fans owing to the fact that the game's credits clearly identify many characters' full ranks and the DVD quality videos have allowed them to be carefully observed. But our review found some interesting notes - including a Navy rank not called out before and the fact that some of these are quite different from those seen in Wing Commander III!

Wing Commander IV uses the same rank scheme established in Victory Streak, but it shows a different subset of them. The Union of Border Worlds seems to use the same system as the Confederation. We also see the first Marine rank to appear in the games! Let's have a look... 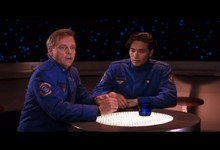 First Lieutenant (O-2) or Captain (O3): This Space Force insignia is two gold vertical squares. Since it is not worn by any named characters, it is not clear which rank it represents. This was used as the Major insignia in Wing Commander III, which has changed for Wing Commander IV. Many of the pilots aboard the Lexington wear this rank. Whichever rank it is not is not seen in the game. 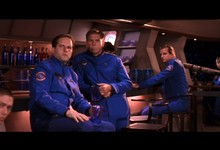 Major (O-4): The Space Force Major insignia is a gold rectangle with a vertical part on the right side. This is different from Wing Commander III. Maniac wears a Major's pin. 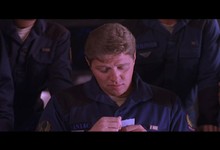 Colonel (O-6): The Space Force Colonel insignia is a gold rectangle with a horizontal part below. This is the same as Wing Commander III. Blair, Seether, Panther and Hawk all wear Colonel insignias. 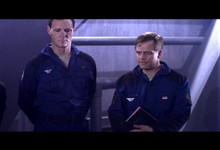 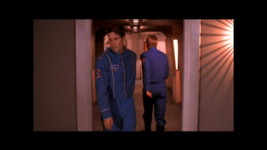 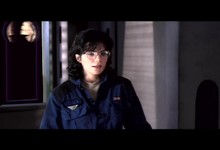 Lieutenant Commander (O-4) or Commander (O-5): This Navy insignia is visible on one of the Vesuvius' bridge officers. It is the same design as the Space Force Major (O-4) insignia in silver. 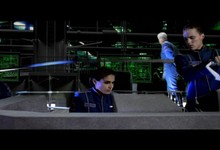 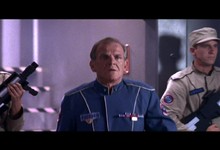 Commodore (O-7) or Rear Admiral (O-8): These ranks are not seen on-screen. 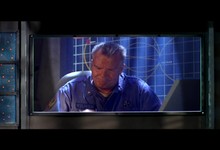 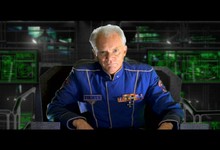 Space Marshal (O-11): When Admiral Tolwyn is promoted to Space Marshal, he is awarded the medal which he wears around his neck. 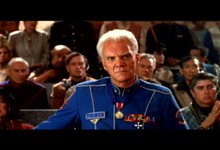 Lieutenant Colonel (O-5): Dekker wears the only Marine rank seen in the game, which seems to be identical to the Space Force Colonel insignia. 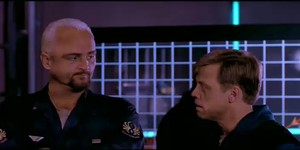 Unfortunately, Chris Roberts' Black Lance uniform has no rank insignia! But Wing Commander IV has many extras who wear all varieties of rank pins - so you'll be able to enjoy recognizing what they mean… especially when watched on the higher quality DVD version! 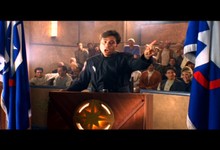