Wing Commander Sticks With Us

What is there that does not love a crazy, meaningless sticker? Not Origin Systems, that's for sure! In the early 1990s, Origin's manufacturers could barely keep up with demand for new copies of Wing Commander... so instead of manufacturing a single, massive allotment of the games to sell, the production process ran continuously for months after the game's released. One favorite of Origin's marketing strategy was adding different stickers to the packages as time went on... stickers that don't necessarily make any sense! Eagle-eyed collectors have spotted these three, in order of rarity. Most of these were based around cancelling out the perceived fear that you were buying a Shareware game... hence strange references to it being the 'uncut' version (there's no cut version!) Do you have any others in your collection? 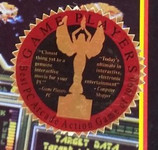 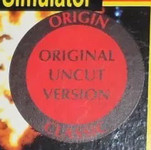