Back to The Awakening

Last month, we reported about the history of one of the 'inspired by' tracks on the Wing Commander Prophecy Original Soundtrack. Specifically, that the song 'The Awakening' by German electronic group Das Ich was an English-language 'Wing Commander' adaptation of one of their earlier songs. At the time, we noted the English version had only ever been available on the Prophecy soundtrack. Now, we've discovered that isn't true!

In fact, The Awakening was released on two different limited edition CDs... and it had not been discovered because the song was re-titled 'Warrior' for these! But if you absolutely want to complete a physical Wing Commander music collection, be on the lookout for the 2003 limited edition 2-disc version of "Relikt" and the 2011 2 CD re-release of "Egodram." In both cases, the song is not included on the original album but appears on a special bonus disc (much like the Wing Commander Prophecy tracks on the limited edition of the Cobalt 60 album Twelve.) 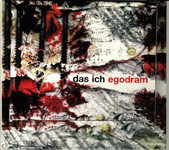 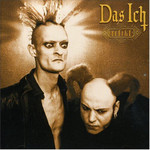