Flat Universe Gears Up For The Future

There hasn't been too much information on the future of Wing Commander Flat Universe since their big interview a couple months back, but that's about to change. kyrgiannis has posted the first in a regular series of status updates that will lead up to their next major release. The image below shows off a stress test of the engine. It features "40 hostile and angry broadswords along with a couple of turrets." You can also see the player's Hornet dead center for scale. It looks like Wingnuts have some massive battles to look forward to! 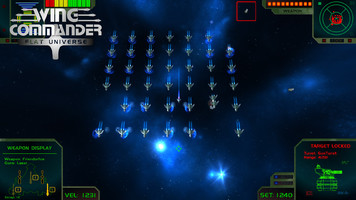 Hey guys! We have been a little quite lately but it is for good reason. We are preparing several goodies for our next major release. However we decided in order to keep everybody in the loop to release each week a screenshot (or two) either from the additions / improvements or from behind the scenes. So without further ado we present you the... SCREENSHOT OF THE WEEK