While going about his adventurous day, original Wing Commander musical composer George The Fat Man Sanger stumbled upon some really cool art labeled "Wing Commander." He snapped some pictures and posted them to social media, where sharp eyed Wingnuts immediately identified these as background concept paintings for the Academy TV show! Mr. Fat Man helped point us in the direction of the Pasadena Antique Mall where these were located, and LOAF was able to pick them up. As an extra bonus, there was also a complete storyboard board for the episode "Recreation!" 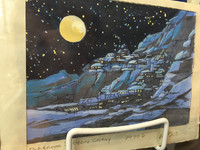 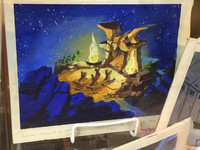 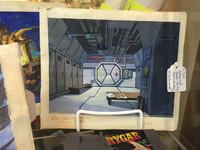 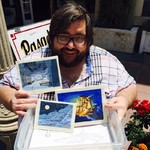 From left to right: storyboard paintings from "Expendable," "Word of Honor" & "The Most Delicate Instrument"

You can purchase Fat's album of music from Wing Commander over at Vibedeck for $9.98!