Crowdfunded documentary Video Games: The Movie examines the transition of video games from niche product to billion-dollar industry. It features several big names in game design, like Cliff Bleszinsky (Unreal, Gears of War) and Kobayashi Hiroyuki (Resident Evil). The only familiar name in the credits is Wing Commander veteran Warren Spector, but LOAF managed to snap (tweet) a half second of Wing Commander 4 footage with Mark Hamill, Chris Roberts and Malcolm McDowell in it. The feature-length documentary is currently being shown in select theaters, and can also be streamed (purchase or rent) from Amazon, iTunes and Vudu. Check out the trailer here. 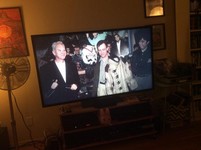 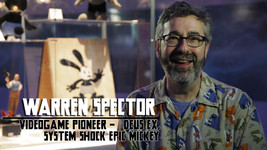 Video Games: The Movie, a feature length documentary, aims to educate & entertain audiences about how video games are made, marketed, and consumed by looking back at gaming history and culture through the eyes of game developers, publishers, and consumers. The film is not just another film about the games industry, but attempts something much more ambitious; the question of what it means to be a 'gamer', a game maker, and where games are headed. Storytelling and the art of the video game medium are also explored in this first of its kind film about the video game industry & the global culture it has created.